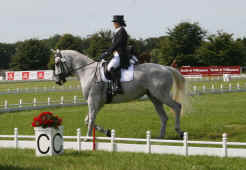 Kathy Oliver – President
Kathy has been a member of FFRC for many years and has competed many times in the Senior Teams . Having attended Hartpury College she now runs an equestrian business and regularly competes at British Dressage and British Eventing. She holds a British Dressage National Championship, has achieved success at 2* level and is now an Advanced rider in both disciplines. Winner of the BRC “Quest-X” competition for the “Eventing face of the future” in 2007 year earned a place on the European 2* team to represent Great Britain in Europe but was unable to go due to injury, however she was selected again in 2009 and the team received a bronze medal, Kathy and Missy completed the Open section at Gatcombe, no mean feat, competing against all the “names” of eventing. She qualified for and competed at Blenheim in September 2009 and because she completed she qualified for Badminton 2010 although didn’t  participate. Kathy holds a Child Protection Certificate – Website 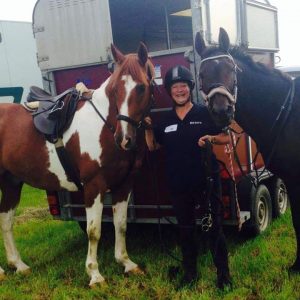 Have been riding since I was young, joined FFRC in the 1970s then again in 1996 took over running the Hunter Trials in 1998. Had a couple of years as Chairman 2003-05 then again the last 6 years. I’ve done everything from membership secretary, to organising events I am also Team manager for every event except dressage which I handed over to Mel Glover in Summer 2019. The club is here for you as members to enjoy 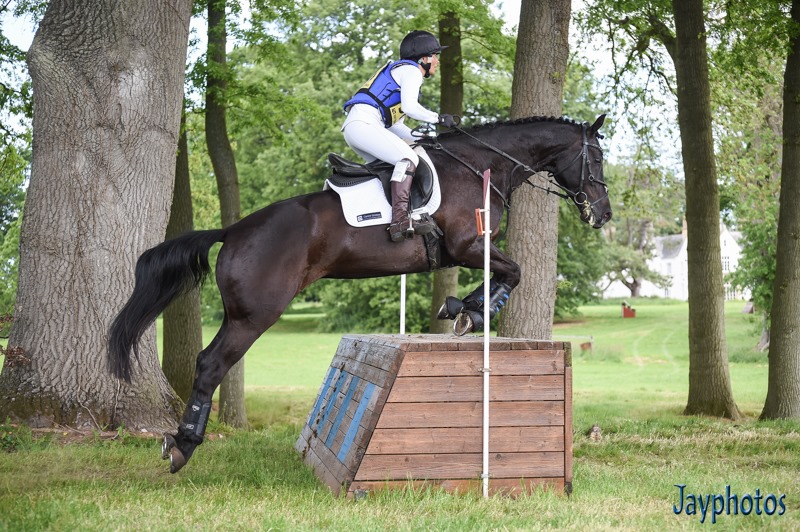 I have been riding since a child – I have had a variety of horses over the years, mainly ex race horses. I mainly worked within IT in London but now run my own recruitment business – Career Grooms. I’m also lucky enough to have my own yard and currently have my ‘tricky’ Trakehner who is proving to be a great horse and also now a lovely rising 3 year old Oldenburg. Compete mainly in affiiated Eventing and affiliated Dressage. 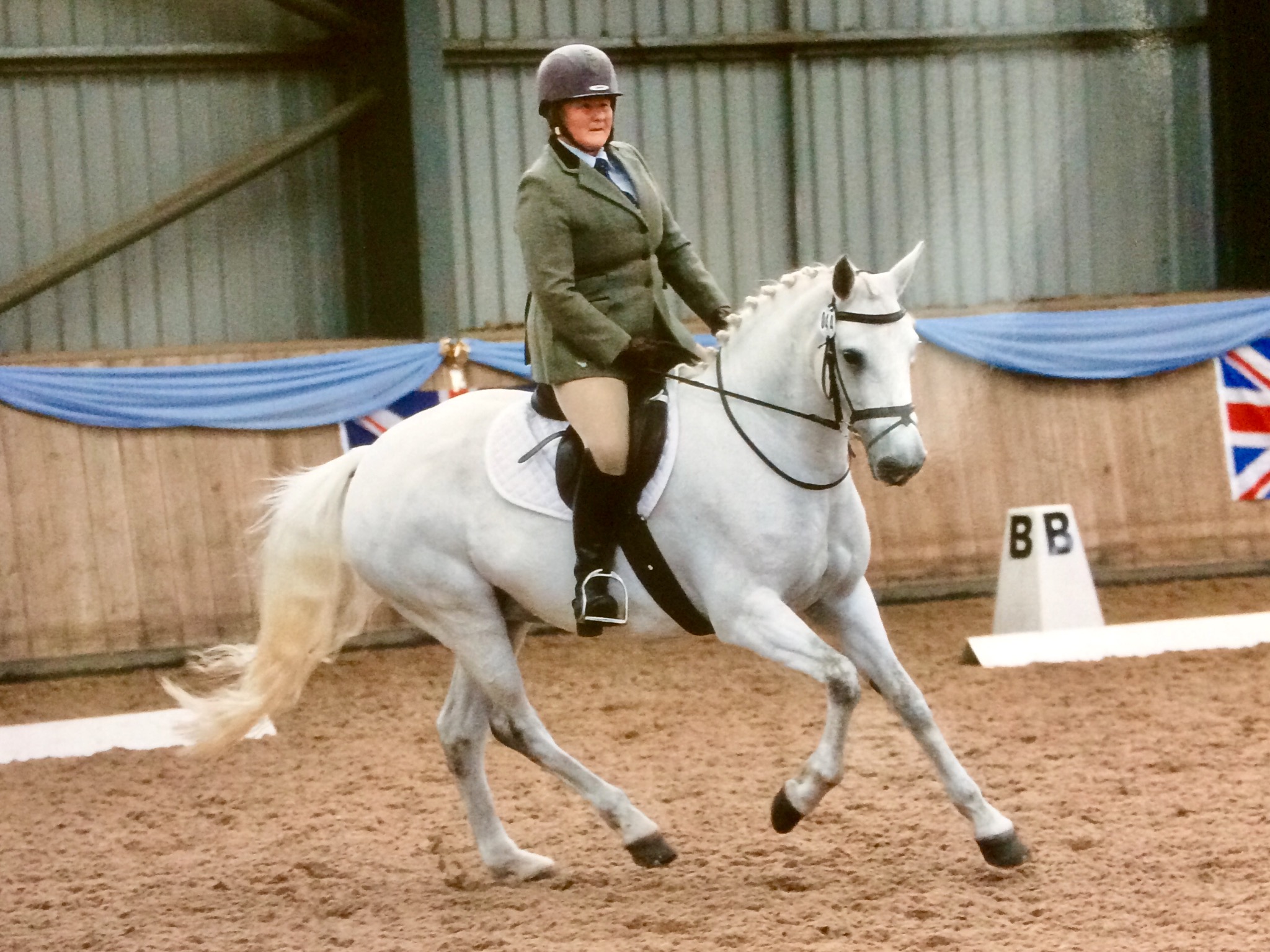 Hi, I’m Susie,  I am on the FFRC Committee, I take the Minutes at our monthly and AGM meetings.  I took over from Mel Glover in 2019  as Mercian Team Manager.
I started to “ride” as a child, my mother used to lead me on a very old pony around the village where we lived.  Neither of my parents were horsey so i never had posh ponies or transport when I was growing up.  I remember when I was 6 going to the Post Office to withdraw £27.00 which I very proudly told the cashier that I was going to buy my first pony which was a dapple grey from the local riding school.  I don’t remember ever having any lessons until I joined the Pony Club.
I moved on to a bigger pony when  was about 12.  I was one of the first members of the Minchinhampton Pony Club, attended all the rallies and camps, which were great fun.
I bought my first ‘proper’ horse in my mid twenties, Sarah, aged 4, i.e. she had been correctly broken and schooled,  Sarah gave me the confidence to enjoy and compete at pre-novice and novice horse trials.  Sarah and I were together for 27 years during which she produced her daughter Lizzi who passed away at the age of 22.
I have also had a selection of registered Dartmoor ponies which I have shown in hand at County and breed shows.
Having not competed for about 16 years I joined FFRC to meet like minded people and get back on the competition scene. I now have a family of four who I have had from foals or just broken youngsters. Arthur, a complete legend, does absolutely everything at his own pace and style, causing great hilarity and cheering at his first Mercian event at Lincombe.  Connie, who wants to do everything at great speed, usually causing me to fall off!!   Violet who is very beautiful but opinionated and Zana my posh dressage giant.
I have competed with FFRC in the Mercian league with Arthur and Connie.  Arthur has also competed in Area Showjumping and Arena Eventing, Violet and Zana have competed in Area Dressage.  We also do unaffiliated dressage and dressage to music as well as the odd showing class. 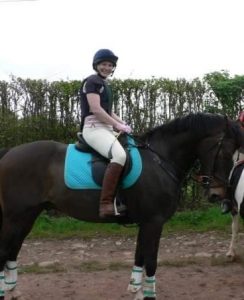 I have been riding and owned horses and ponies for 34 years. I was a member of FFRC back in 2003 and was a member of the novice showjumping team. I then rejoined back in 2018. I am now the membership secretary for the club and class myself as a happy hacker nowadays due to having a young daughter who takes up most of my time! I currently have one horse, Banjo and a very cheeky Exmoor pony named Sam who will eventually be for my daughter.
I love that Frampton is such a friendly club and there is something for everyone no matter what your level or experience is. I especially enjoy attending our annual camp at Stockland Lovell where we all have so much fun!